Chris FitzPatrick
This is the blog of Chris FitzPatrick -- Sculptor, Writer, Wargamer. Fitz sculpted his first miniature about 20 years ago, and has worked for many of the world’s leading miniature companies, including Ral Partha & Games Workshop in the UK. He contributed to the Dark Eldar miniature range for Warhammer 40K and designed the Dark Elf Army for Warhammer Fantasy. Fitz moved back to the USA in 2001, and started Crocodile Games and the WarGods game system. When not working on the next WarGods miniature, Fitz wastes his time playing RPGs, drawing and painting, & watching B-movies. He can even be seen acting in one -- playing the part of "Michael" in the Zombie Horror-Comedy movie "Dead at the Box Office", now available on DVD from amazon.com! 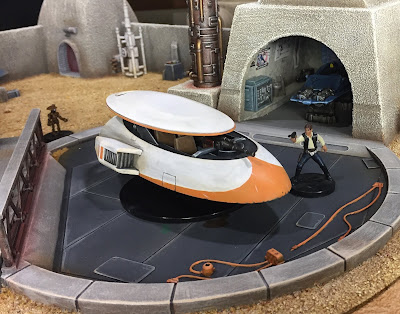 It has been a long while since I updated, as I've had my hands full with work.  However, I took a few hours off last weekend to participate in July's "Trash Bash Bits" speeder challenge, and this is the result.  For those who don't know, Trash Bash Bits is a Facebook group that was started by my friend Brian Roe, and there are a lot of neat posts made there every week.  You should check it out, and here is a link:

And here was my contribution: the Ubrikkian IR97-b landspeeder, extended personnel transport version with optional sunroof.

So, a few years ago I got rid of cable TV and switched to Netflix (one of the best decisions ever).  When I went in to ATT to return 'the box', they told me they did not want the remotes back. OK. So, I had a couple of them, and they had an interesting shape, so I threw them into the bits box for a future project. This is that project. 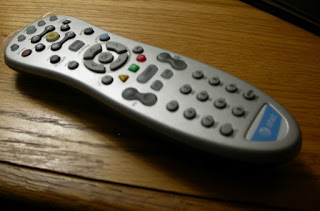 Here is how I did it... I took the bottom of the remote off, threw away to top part (with the buttons).  The plan was to turn the remote casing upside down and use the battery area as the crew compartment for the speeder, and keep the cover to act as the roof. I cut off about half of the remote, and the cut edge would be where the rear engines go. Other stuff used - a few seats from the WotC Star Wars Flash Speeder, a couple tank wheels for the engine exhausts, the claw forearms from a 'crab zoid' toy became the engine intakes, undercarriage was an oxygen tank from an old 'Sea-Quest Transport' model from the bits box, and a bit of plasticard to stick it all together. Oh yeah, the base is the base from the Flash Speeder. All in all, this was a really simple model to make.


The gun shown in some photos is just temporary, until a nicer (and hopefully a bit smaller) one is found. I'll also add some crew (converted from the Flash Speeder crew) but that can wait for when I'm less busy.

Painted with acrylics, and weathered with Doc O'briens Weathering Powders to make it look dirty and dusty - Tatooine does not have a car wash! 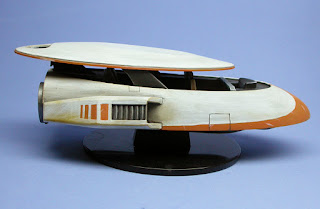 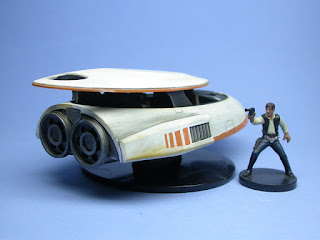 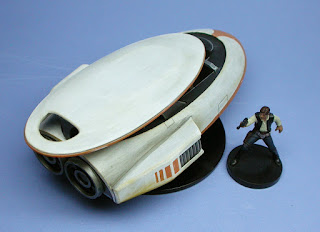 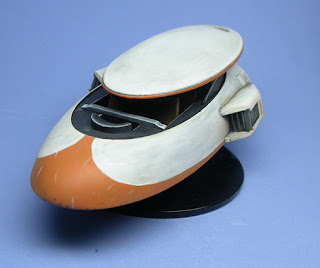 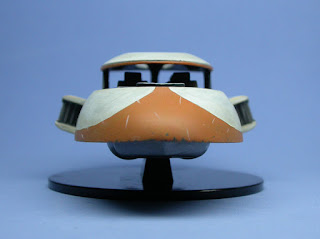 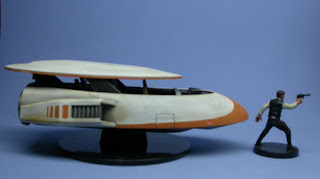 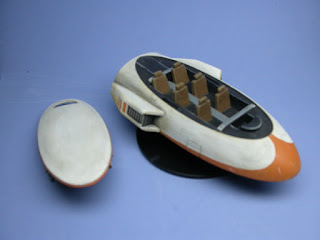 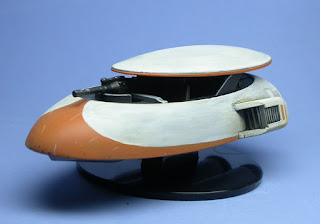 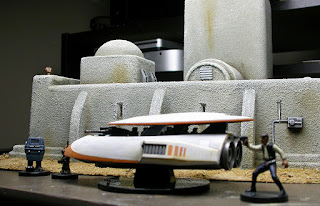 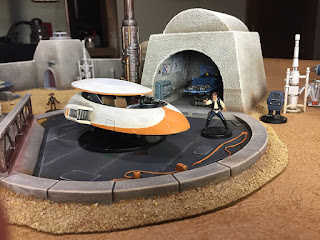 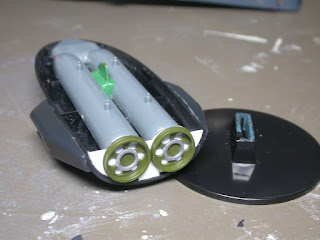 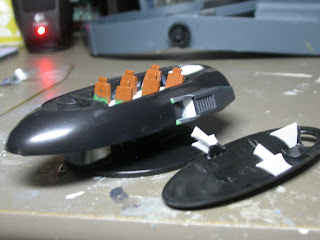 Posted by Chris FitzPatrick at 6:22 PM